Over the last 40 years, obesity rates around the world have ballooned.

This map shows how it happened, country-by-country.

The color of each county represents its adult obesity rate in the year shown.

They then used the information to estimate the distribution of body mass index (BMI) for every country in the world, for every year from 1975 to 2014. 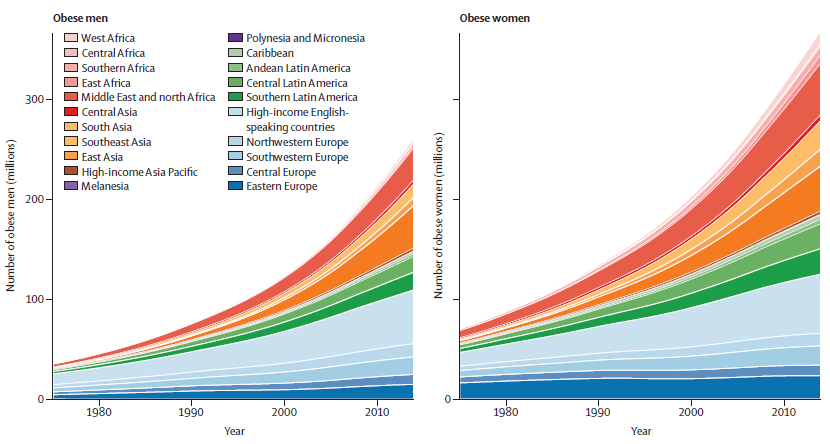